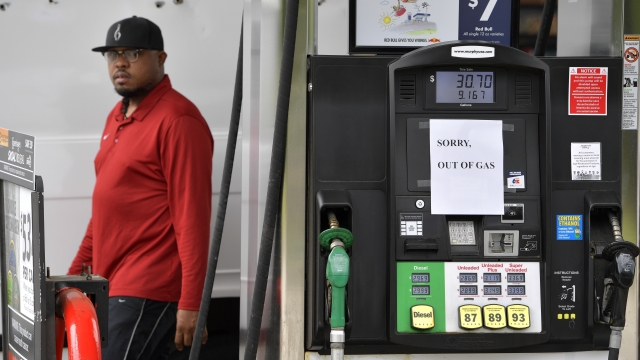 Analysts say drivers are panic-buying gas after Colonial Pipeline was shut down Friday by a cyberattack.

Florida, Georgia, Virginia and North Carolina declared states of emergency Tuesday as more than 1,000 gas stations in the Southeast reported running out of fuel.

Analysts say drivers are panic-buying gas after Colonial Pipeline, which delivers about 45% of the fuel consumed on the East Coast, was shut down by a cyberattack.

President Biden has called on federal agencies to quickly ship in fuel -- and officials say there's no reason to panic or to rush out and buy gas.

A large part of Colonial Pipeline resumed operations manually on Monday, and its operator said most operations should restart by the end of this week.