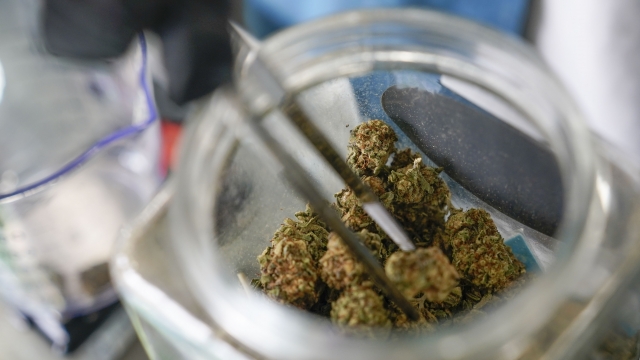 Some of the most conservative states are voting on recreational marijuana. One of marijuana's biggest impacts is on the criminal justice system.

Some of the most conservative states in the nation are set to vote on a progressive policy this November — recreational marijuana.

"The biggest barriers to expanding access to marijuana these days are the fear that it is a gateway drug. And we've proven that it is not," said Rick Steves, the Chair for Board of Directors Chair at NORML.

Voters in Arkansas, Maryland, Missouri, North Dakota and South Dakota will weigh in on whether they want to legalize cannabis for adults.

In every state except Maryland, weed is on the ballot because of a citizen-initiated effort.

"There's been a disconnect between voters and their representatives. And that's what the initiative process is for. It's a recourse for the people to affect changes in public policy, when their representatives aren't listening," said Matthew Schweich, the deputy director at the Marijuana Policy Project.

Supporters say the benefits of expanding access include tax revenue, new employment opportunities and eliminating the black market. But one of the biggest impacts is on the criminal justice system and putting an end to arrests for simple possession.

"These are people who have lost opportunities for jobs, scholarships, joining the military, housing. And there's real, real world impacts of these of these arrests and these convictions and these records. And I think it is a gross injustice that we allow in our society right now,” said Schweich.

California workers won’t have to worry about being fired, or not hired, for off-the-clock marijuana use.

All five states currently allow medicinal cannabis, so each one would be expanding an already-existing marijuana market and making access easier.

Supporters of these initiatives recognize access needs to be expanded responsibly. They say that means carefully regulating sales and distribution, ensuring marijuana is not marketed to kids, and establishing consumption laws on par with how America treats alcohol.

"Marijuana is a drug, you know, it needs to be regulated. But the smart way to regulate it is not to make a big criminal issue out of it. But just to educate people and deal honestly, with the public about the challenges revolving around marijuana like other soft drugs, alcohol and tobacco," said Steves.

Currently, 19 states have legalized weed and another 20 allow medical marijuana, have decriminalized possession or have done both. A new Monmouth University poll found 68% of Americans support legalizing possession of marijuana for personal use.