Some Senate Democrats Want To Bring Back The Talking Filibuster 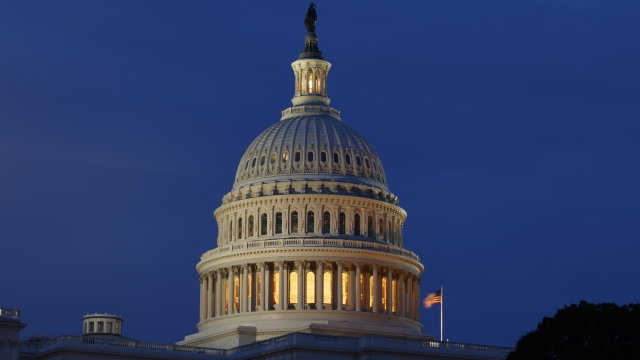 Sen. Cortez Masto says lawmakers trying to hold up passage of a bill should have to stand on the Senate floor and explain why.

When you hear the word filibuster, you probably think of something like this:

"Will the senator yield?"

But in today’s Senate, that’s not what we typically see. Senators often "filibuster" a bill with a simple no vote on a procedural motion — no long-winded speeches required.

Now, some lawmakers want to see a return to the talking filibuster.

"It really requires people that have or are in opposition to legislation to stand on the floor of the Senate and hold that floor and talk about why they are opposed to it," said Sen. Catherine Cortez Masto.

Sen. Catherine Cortez Masto of Nevada says she wants to see more transparency and accountability on Capitol Hill. She's part of a growing number of Democrats who want to see the filibuster rules changed, and hopefully make it harder for Republicans to block legislation during the Biden administration.

"From access to health care, reduction of prescription drugs, and jobs, the economy, there's a lot to do on behalf of the American public. And for all of us to work together. That means we also be, you know, have to be accountable if we're going to oppose something that is important for the American public," said Cortez Masto.

Republicans are largely opposed to changing the longstanding filibuster rules, and any changes now could end up backfiring on Democrats when the GOP is in control someday.

Lawmakers from both sides of the aisle talk about wanting to move forward in a bipartisan fashion, but the deep party divide sometimes stands in the way.

"Our focus at the end of the day is passing legislation that is important for the American public, they expect it, they want us to work together, they want to figure it out. We all want to work in a bipartisan way. But not one party should be able to stop legislation for political gain," said Cortez Masto.