Some Say The First GMO Animal You Can Eat Is Fishy 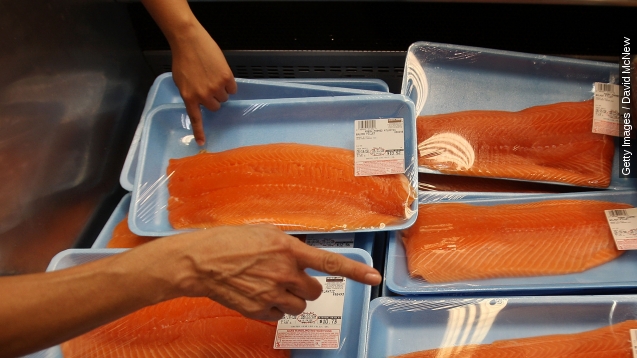 The Food and Drug Administration finally approved genetically modified salmon after 20 years of tug-of-war with the maker, AquaBounty Technologies.

It's finally happened. Salmon will be the first genetically engineered animal you can eat.

The Food and Drug Administration put its stamp of approval on the genetically modified organisms saying there's "reasonable certainty of no harm."

It took about 20 years for the developing company AquaBounty Technologies to get FDA approval, which was around the start of America's relationship with GMOs.

Plants, like corn and soybeans, are genetically changed so they'll resist herbicides and grow faster.

As for these special salmon, they will contain two different fish genes to speed up growth.

Critics say the nutritional value of GMOs isn't as high and say there's a lack of transparency with the labeling, but the FDA apparently disagrees.

The fish will be grown in Canada and Panama.