Some Rohingya Refugees May Return To Myanmar Next Week 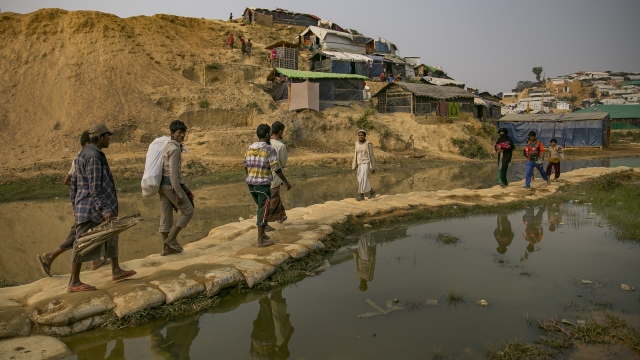 SMS
Some Rohingya Refugees May Return To Myanmar Next Week
By LeeAnne Lowry
By LeeAnne Lowry
August 16, 2019
Myanmar approved over 3,500 refugees for repatriation, but it's not entirely clear if they want to return.
SHOW TRANSCRIPT

Some Rohingya Muslims living in refugee camps in Bangladesh may return to Myanmar next week, according to the U.N.'s refugee agency.

About 700,000 Rohingya Muslims fled ethnic cleansing in Myanmar's Rakhine state almost two years ago. That influx has strained Bangladeshi communities. The vast majority are women and children, and over 40% are under 12-years-old.

Bangladesh recently gave Myanmar a list of 22,000 refugees, and Myanmar approved over 3,500 to return to Rakhine. That list was then sent to the U.N. High Commissioner for Refugees to help oversee the repatriation effort.

But it's not entirely clear if those refugees want to return, and that's an important factor here: past attempts to repatriate have failed because no refugees wanted to go back. A Bangladesh official said no one will be repatriated unless they consent.

In a letter to the Rohingya about the plan, the UNHCR called it "a welcome first step as it acknowledges that your right to return is recognized."