Why Some Restaurants Have Said Farewell To Tipping 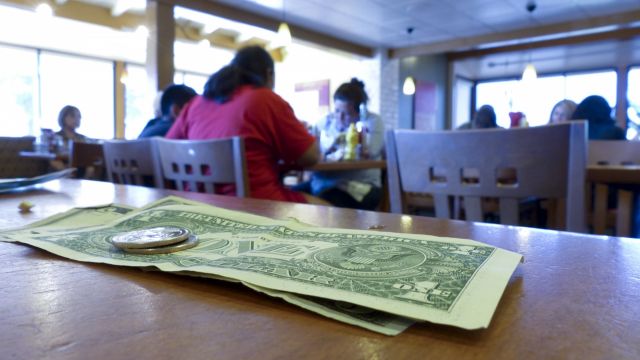 Some restaurants are ditching tipping. And this new trend could affect how you dine out.

The switch is a way for some restaurants to offset the cost of increasing the minimum wage.

Cash Programs For The Poor Seem To Pay Around The World

A restaurant owner in San Francisco told NPR he got rid of tipping partly because of the city's minimum wage law.

"There are a number of city mandates that are expensive, and the imminent $16 minimum wage is among those, so it's been very much on restaurant owners' minds how to compensate differently," Thad Vogler said.

In some states, a server can make as little as $2.13 an hour before tips. With a no-tipping policy, the idea is that employees can bring home a more predictable hourly wage — and restaurant owners can protect their bottom line.

So some owners have been upping the price of menu items. But the switch isn't working for everyone.

Joe's Crab Shack tried running sans tips in 18 of its stores but changed 14 locations back after customers weren't happy.

Would you pay for a higher-priced meal if you didn't have to tip?