Some Of Those Missing FBI Texts Were Found 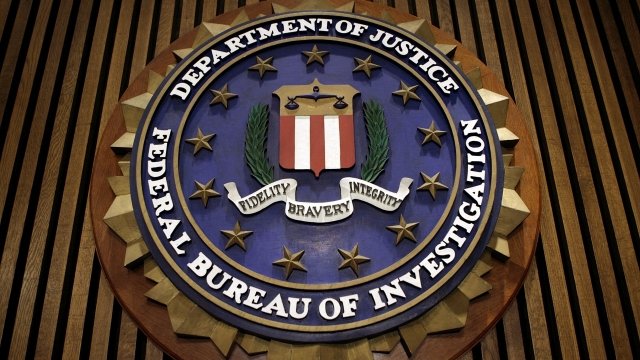 Months worth of missing text messages between a former FBI agent and FBI lawyer have been discovered. Republicans argue the texts could prove Robert Mueller's Russia probe has been corrupted.

As we've previously reported, FBI agent Peter Strzok — an agent involved in the Russia probe — was reassigned after he allegedly sent anti-Trump texts. But some of those texts went missing.

This led Sen. Ron Johnson to send a letter to the FBI director demanding the FBI clarify why it "did not preserve text messages between Ms. [Lisa] Page and Mr. Strzok between approximately December 14, 2016 and May 17, 2017."

Assistant Attorney General Stephen Boyd said the discrepancy was caused by a software glitch during upgrades on some agency-issued Samsung phones.

That's where Justice Department Inspector General Michael Horowitz comes in. Horowitz said in a letter Thursday sent to Johnson that the Office of the Inspector General was able to recover some of the missing messages using forensic tools.

"The OIG has been investigating this matter and, this week, succeeded in using forensic tools to recover text messages from FBI devices, including text messages between Mr. Strzok and Ms. Page that were sent or received between December 14, 2016, and May 17, 2017," Horowitz said.

Horowitz said the OIG plans to release the text messages to the Department of Justice as it continues to work to recover additional messages.