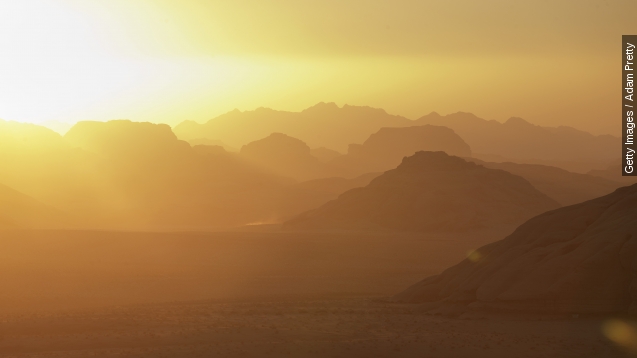 People living near the Persian Gulf are used to sweltering temperatures, but the thermometer could swing from uncomfortable to dangerous relatively soon.

A new study from the journal Nature Climate Change predicts rising temperatures could make some parts of the region unlivable by the year 2100.

The study warns the heat index, a combination of heat and humidity, could shoot up to nearly 170 degrees Fahrenheit in some parts, which is about as much heat as the human body can take.

And it could be at least partially due to the area's high oil production. The study says, "Much of the oil produced in this region eventually ends up in the atmosphere and contributes to global climate change."

And if changes aren't made to the climate, it could spell big trouble for some of the larger cities in the region.

The study says the United Arab Emirates' two largest cities, Dubai and Abu Dhabi, could be uninhabitable if heat waves were to strike.

And it could be even worse for Muslims across the world. The city of Mecca, where millions flock annually for their pilgrimage, could be put at risk by blistering temperatures if — and when — the pilgrimage falls during the summer.

Some of the early issues with skyrocketing temperatures can already be felt within the region.

Qatar, for example, had to move the 2022 World Cup from June to November since temperatures regularly hit 120 degrees. That's just too hot for running around a pitch for 90 minutes.

But world leaders are taking steps to address the issue. Representatives from nearly 200 countries will meet in Paris later this year to try to stave off climate change and reduce greenhouse gas emissions across the globe.