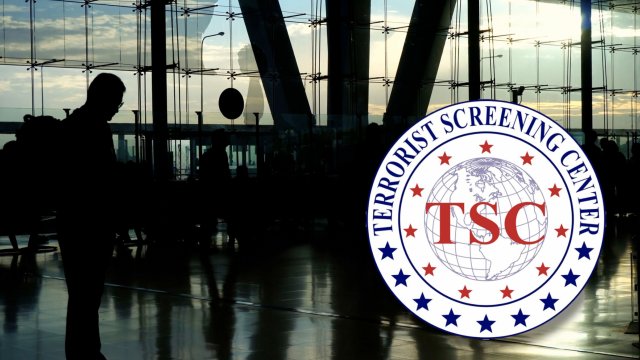 New information shows that some businesses and organizations outside the government can get access to the names on the FBI's terrorist watch list.

The admission came in connection to a lawsuit filed in 2016. The case includes about a dozen people who say they're wrongly included on the list and they've been discriminated against in their everyday lives because of it.

Previously, the government insisted it wasn't aware of any private entities with access. But this new admission contradicts that.

The government explained that part of its Terrorist Screening Database is shared with the National Crime Information Center. The FBI manages that database and it's available to law enforcement across the country. But to access it, a company or organization needs approval from the FBI, and that's only granted to criminal justice agencies or qualified police departments.

Some organizations that qualify for access include private jails, hospitals, college or university police departments, and security companies hired by government facilities. The government said it identified over 1,400 approvals, but noted the actual number of organizations with access is less than that because some entities have more than one approval on file.

So yes, the names of the federal terrorist watchlist are available to non-government entities. But access to that information is controlled. And the government denies the accusation that private companies like banks or car dealerships can see the names on the list, as the lawsuit claims.