Some NFL Season Tickets Come With A Price — Before The Price 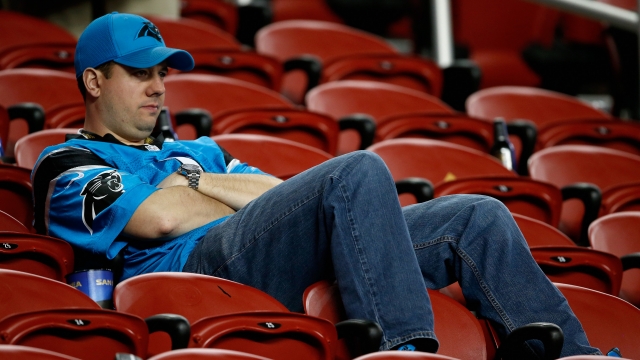 SMS
Some NFL Season Tickets Come With A Price — Before The Price
By Carter Woodiel
By Carter Woodiel
July 24, 2016
You'd think buying NFL season tickets would be like anything else — forking over money for the tickets you want. But not for over half of NFL teams.
SHOW TRANSCRIPT

So let's say you're an NFL fan looking for season tickets. You might think you'd just go and pay money for the seats, but it's not that simple.

We're talking about a "personal seat license," or PSL. In other words, it's the right to be able to buy a season ticket. So essentially paying to pay for something. And for about half of NFL teams, it's the norm.

PSLs are mainly used by teams that recently opened up new stadiums. When the stadium is built, pretty much every seat comes with a price tag. To buy season tickets, you have to buy the seat.

The Minnesota Vikings are debuting their new stadium this year, and the PSLs that go with it. The cheapest PSL available was priced at $500, but more expensive seats can be three or four times that amount.

Of course, there are only a certain number of seats in a stadium. Once all the personal seat licenses are snatched up, you can only get one from another fan on the resale market. And that's when they can really get pricey.

And if you want to buy the rights to a field level seat at AT&T Stadium, home of the Dallas Cowboys, be ready to fork over more than a quarter of a million dollars.

And remember, this is just the right to buy season tickets, not the tickets themselves.

This policy also means that when a team moves into a new stadium, fans can be faced with a choice: pay a steep price for the rights to seats in the new stadium or lose season tickets.

"I'm gonna have to give up my tickets," one New York Jets fan told NJ.com in 2008. "I hate to say it, but it will be like another death in the family."

In a way, this all sort of makes sense. NFL teams only host eight home games per year, and owners are going to try to squeeze as much money as they can out of it.

Take the Rams. They finalized a move to Los Angeles, and when their new stadium opens, nearly every seat in the house is expected to be tied to a PSL.