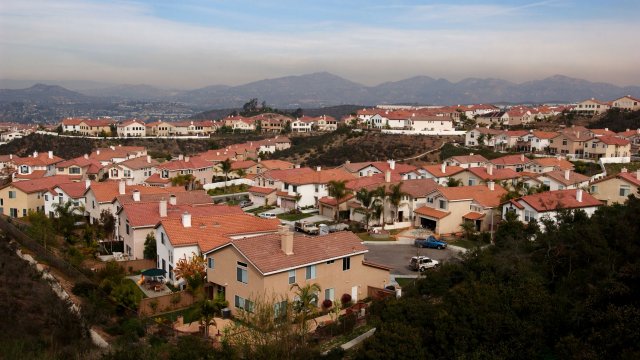 The American Dream is coming true for fewer and fewer people. It's right here in the numbers analyzed by the experts at the Harvard-based Opportunity Insights. More than 90% of the children born in the 1940s grew up to earn more as adults than their parents. Today, that's true for only half of kids. It would go too far to say the dream is dead, but on a national scale, the word "fading" seems accurate. Here's the glimmer of hope.

When you drill down to the neighborhood level, some places are a land of opportunity, what the researchers call "opportunity bargains." These are the constellations shining in a sea of relative economic darkness. Hiding in plain sight, these little clusters can propel the next generation forward, economically and professionally. Opportunity bargains are affordable neighborhoods that produce good outcomes for children. The rents aren't high, but opportunity is. Reasonable rents make it possible for families to move in and stay there long enough so that children might benefit.

"Affordable" neighborhoods are defined as those with two-bedroom median rents below $1,500 per month that have not had substantial changes in incomes or rents for a decade. Examples are Oxon Hill near Washington, D.C.; West Ridge and West Rogers Park in Chicago; and Alhambra and San Gabriel in Los Angeles. Here are other key findings from Opportunity Insights' analysis of anonymous data covering almost all of the U.S. population: A mile or two makes a difference. Consider this example: 44% of black men who grew up in Watts were behind bars on the day of the 2010 Census; but 6.2% of black men who grew up 2.3 miles away in families with similar incomes were incarcerated that day. A neighborhood that's good for one racial group might not be good for another. The younger a child is moved to a better neighborhood, the better.

A 2-year-old and 12-year-old will often have substantially different outcomes two decades down the road. Job growth in an area does not always mean upward mobility. If a city imports talent, existing residents can be left out. What seems to make a difference for children is growing up around people who actually have jobs and two-parent households.

In other words, stability. All of the research was used to produce the Opportunity Atlas. It provides a tract-level analysis that estimates children's earnings, incarceration rates, and other outcomes in adulthood by parental income, race and gender. The goal: to provide policymakers and parents with information that puts the American Dream within reach. It could be just around the corner.