The Government's Reopened, But Some National Parks Are Still Closed 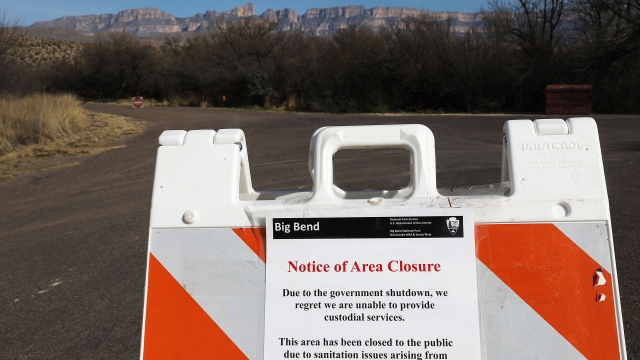 The government might be temporarily reopened, but that's not the case for all of the national parks.

The Associated Press reports that's because the National Park Service is reopening hundreds of parks on a "rolling schedule."

Some parks that remained accessible to the public during the partial government shutdown — like the Virgin Islands National Park and the Great Smoky Mountains National Park — reopened on Saturday.

A severe shortage of employees during the shutdown at places like Yosemite National Park and Joshua Tree National Park led to some significant park damage. So while both parks are now back to operating with full staffs, visitors might find certain areas cordoned off for cleanup.

Meanwhile, about four weeks' worth of snow needs to be plowed at Mount Rainier National Park before visitors can access its Paradise area, and employees at Mesa Verde National Park are busy fixing roads and clearing some rockfall before its visitor center reopens on Feb. 4.

If you are planning to visit a national park in the next week or two, the National Park Service suggests contacting the park ahead of time to ensure that it's back to full operations.