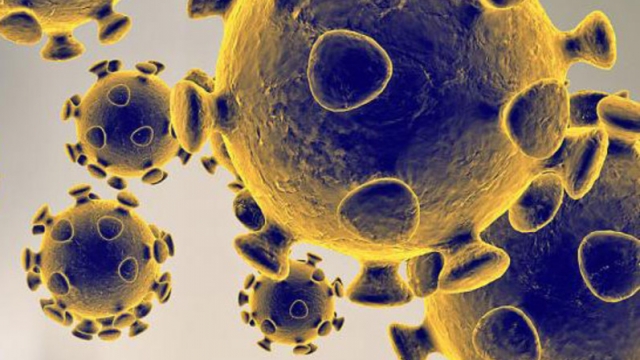 SMS
Coronavirus Fears Cause School Closures On U.S. Base In South Korea
By Terace Garnier
By Terace Garnier
February 21, 2020
Newsy spoke to a student on a U.S. military base that is on lockdown due to the coronavirus.
SHOW TRANSCRIPT

A U.S. military base in South Korea is on lockdown and many high school athletes visiting the base were evacuated back to Japan after three soldiers tested positive for the coronavirus. Casey Cox was one of those students.

Cox said: "Well, when we first found out about it, we're just kind of shocked that they're closing Daegu and that they made it out and they were  coming. We wear our masks and try to wash our hands and just make sure that we don't catch anything. And right when they said their crew, they shutting down Far East [athletic tournament], We were just thinking how serious this is getting. And we, we're really staying cautious about that."

Casey and his team traveled from Kadena Air Force Base to Camp Humphreys to compete in one of the biggest basketball tournaments in the region. "So where were you and your friends when you first heard there maybe be cases coronavirus on or near the base?" Newsy asked.

"When we were up at Humphreys, when we heard that the night before, Daegu, their base, got a big close their base because there was, I believe, 17 cases confirmed, and they just closed the base."

U.S. Army Garrison Daegu, just 115 miles southeast of Camp Humphreys, where the tournament was being held, is now in a self-imposed quarantine after at least 15 cases of the coronavirus were diagnosed among members of a church.

"The Daegu team was able to make it out before they were able to close the base. ... Everybody was just kind of scared or worried, if, 'Oh, what a day, who brought over the virus at Camp Humphreys? But I'm pretty sure they probably don't [bring the virus]. But I was just kind of ... scared if they were bringing it over and not."

William Griffin, a spokesman for Department of Defense Education Activity, or DoDEA, says there are no reported cases among students. But DoDEA schools are taking every precaution to prevent students in both countries from getting or spreading the virus.

"Well, I think obviously there is a sense of concern. You know, as a parent myself, I would certainly be concerned any time there is a potential for my children to be exposed to some kind of conditions, particularly in a situation like this."

Griffin says he doesn't want parents to have to worry about their children's health and safety.

"When we look at having being able to support our our men and women in uniform, so just as it's important for the service members to be safe and healthy and prepared to do their missions, it's incumbent upon us to ensure that their their students that we have charge of while they're in school remain safe and healthy. So those service members don't have to worry about their children."

Casey made it back to his home on Okinawa on Thursday night after evacuating from South Korea. Classes across Japan remain open to students on military bases, but the Far East tournament and other sporting events are canceled until further notice.

"Kind of disappointing and sad. Especially because it's the biggest tournament of the year, and especially for my senior year and not being able to go and show out to the rest of the teams how hard we've been working and having a chance to win Far East. It really sucks and [I'm] really disappointed."

U.S. Army Garrison Daegu is still on lockdown, as new reports show the number of patients infected in South Korea have doubled to over 200 cases in the past 24 hours. Tens of thousands more are infected worldwide.