Some Lawmakers Are Weighing Legislative Protection For Robert Mueller 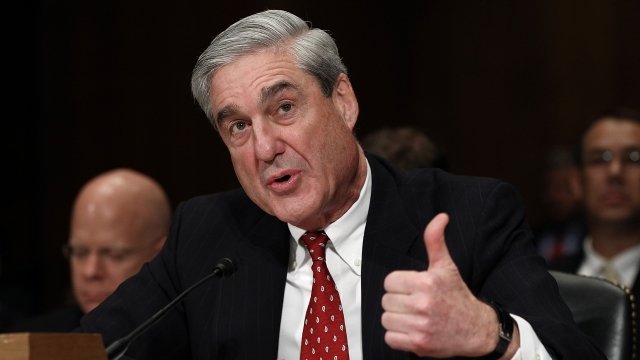 This comes after The New York Times reported Thursday that President Donald Trump ordered a top White House lawyer to fire Mueller over the investigation into Russian interference in the 2016 presidential election. Trump reportedly let it go after the lawyer threatened to quit.

These 3 Democrats Will Respond To Trump's State Of The Union

Democrats Joe Kennedy, Elizabeth Guzman and Maxine Waters will deliver responses to this year's State of the Union.

Lawmakers on both sides of the aisle seem divided on whether legislation protecting Mueller is necessary.

Republican Rep. Kevin McCarthy told NBC he didn't think there was a need for legislation right now. And Democratic Sen. Joe Manchin told CNN that "it's premature for [Congress] to go down that road."

Collins said it "wouldn't hurt" for Congress to pass the bill, but she also said she has faith that Deputy Attorney General Rod Rosenstein, who oversees the Russia investigation, won't let Trump fire Mueller.

That said, Rosenstein might actually be in the same position as Mueller. CNN reported last week that Trump has the deputy attorney general "in his crosshairs." Anonymous officials told the outlet the president had spoken privately about a desire to fire Rosenstein.