Some In Trump's Own Party Criticize Him For Congratulating Putin 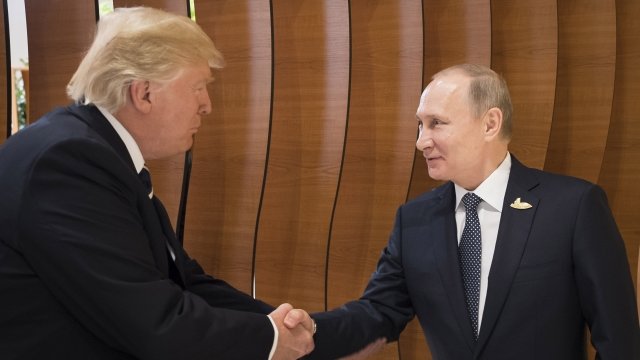 SMS
Some In Trump's Own Party Criticize Him For Congratulating Putin
By Katie Cammarata
By Katie Cammarata
March 21, 2018
President Donald Trump is still receiving criticism after he congratulated Russian President Vladimir Putin for winning the country's recent election.
SHOW TRANSCRIPT

President Donald Trump is still being criticized for congratulating Russian President Vladimir Putin for winning the country's recent election — and some of those critics are members of Trump's own party.

After Trump's call with Putin, news outlets soon reported Trump's national security advisers had told him not to congratulate the Russian leader. And some weren't happy that bit of information got out.

"I don't like what he did, but I really hate that there's someone in his inner circle that's willing to leak this stuff," said Sen. Marco Rubio, R-Fla.

Trump called whoever leaked the information a "sick individual" and said the administration would get to the bottom of it.