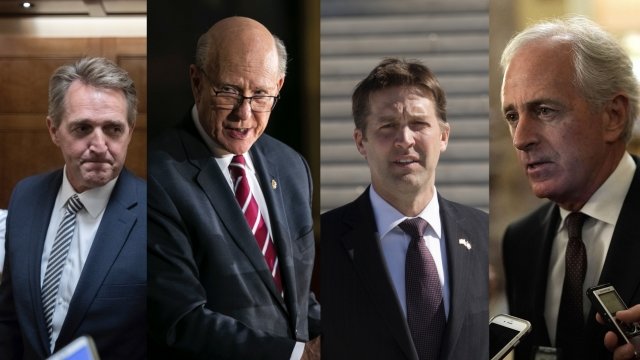 The Trump administration is planning a $12 billion bailout for the nation's farmers, but many members of his own party aren't on board.

Sen. Ben Sasse from Nebraska said, "This trade war is cutting the legs out from under farmers." Sen. Bob Corker from Tennessee called the plan "welfare" for farmers.

The chairman of the Senate's agriculture committee, Sen. Pat Roberts, said he'd rather have open trade for farmers and said he hopes Trump is trying to fix the situation.

President Donald Trump stood by his tariffs on Tuesday.

"They don't want to have those tariffs put on them," Trump said. "They're all coming to see us. And the farmers will be the biggest beneficiary. Watch."