Some Floridians Will Lose Their Right To Vote (Again) July 1st 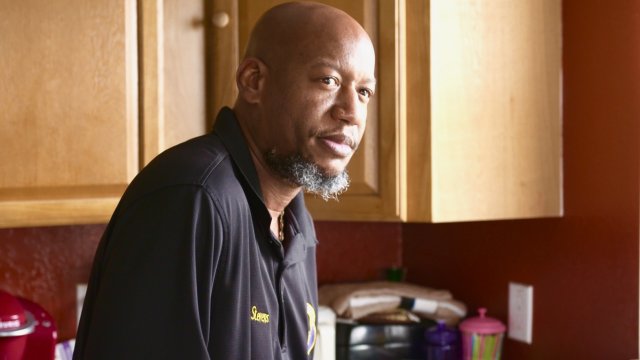 SMS
Some Floridians Will Lose Their Right To Vote (Again) July 1st
By Alexandra Miller
By Alexandra Miller
June 26, 2019
The GOP-led Florida legislature has passed a bill that will require convicted felons to pay any restitution, fines and fees to get voting rights back.
SHOW TRANSCRIPT

Jevon Stevens says he has spent nearly 21 years paying for his crime.

"It's all about the decisions you make. And I made a decision that cost me a lot," he said.

No, not behind bars. He only spent a handful of months in jail.But being convicted of a felony at twenty years old took him out of college and sent him down a different path.

"It's something that just doesn't go away. On every corner it reappears."

Jevon says he's worked hard to become an upstanding member of the community, keeping out of trouble, raising six children. even volunteering as a mentor. But no matter how much progress he makes, a critical aspect of our democracy has remained off limits: the right to vote.

Florida was one of four states that barred former felons..or returning citizens as many like to be called, from voting for life.

When Florida voters passed amendment four in November 2018 giving him back that right, Jevon was ecstatic.

"I high fived everyone I called all my Facebook friends and said hey thank you for passing it," Jevon said.

He quickly registered and was planning to vote in the next election.

But as of July 1st, he'll still be unable. A law passed by the Republican-led Florida legislature mandates former inmates must pay all restitution, court fines and fees.

"We're having this conversation because a certain political party is very much afraid that the voting for the new people that come in will be mostly democrat," said former NY State Supreme Court Justice Ira Raab.

He says the majority of people affected will be minorities and believes each side has political motives. But, he says there may be a work around of sorts:  local judges.

But that could mean rights could depend on the luck of the draw for assigned judges.

Republicans say paying the fines is just part of a completion of their sentence. But for former felons still struggling to find a good job and steady income, fines are hard to pay. Jevon owes nearly $800.

Instead, he wants people to pay attention to how former felons are living their lives today.

A lawsuit challenging the idea that fines must be paid before voting rights are restored is expected.