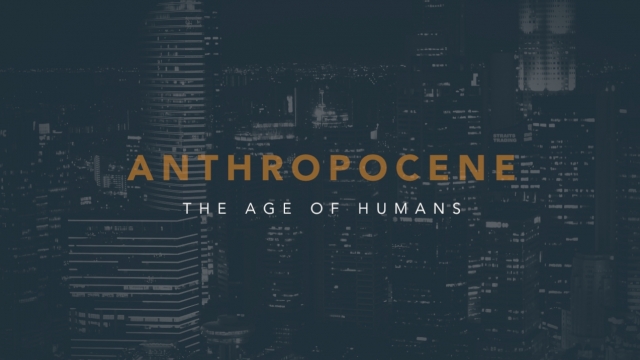 SMS
You Don't Need A Fancy Name To See The Effects Humans Have On Earth
By Evan Thomas
By Evan Thomas
September 2, 2016
Scientists can't decide whether it's time to officially mark the age of humans. Either way, our impact is here to stay.
SHOW TRANSCRIPT

Life has existed on earth for at least 3.5 billion years. Humans have only been around for about 200,000 of them. And the past 60 or so have been so significant that some experts say it's already time to officially record the impact of humans in the geological record.

Today, mankind influences more than 83 percent of the Earth's surface in some way or another. Our movements, agriculture, industry — and our nuclear testing especially — have left permanent marks on the fossil record.

Scientists call the human epoch — or want to call it — the Anthropocene. It could have started as early as 1800 and was definitely underway by the 1950s. But geologists say these markers aren't significant enough to warrant a new era. There just isn't enough impact in the fossil record yet — despite everything we've done to the planet.

Since the 1950s, human activity has pushed Earth's natural systems so far there's concern the planet won't be able to accommodate human civilization as we know it in the future.

Human influence is thought to be driving declines in biodiversity. Extinction rates could be some 1,000 times faster than they were before humans showed up. Some models suggest we've already lost as much as 7 percent of known species.

And as the climate shifts, animals and plants could find it even harder to adapt. Extinctions could grow more common.

Plus, while we've created new species thanks to domestication and our movements around the globe, those species don't have the same genetic diversity as ones that have just now died out after millions of years.

In any case, impact on these animals will eventually make its way into the geological record. Whether it gets its own name or not, some of the first fossil evidence of overall human influence on the planet will be the bones of the domesticated chicken.