Some Educators Fear A 'COVID-Slide' Could Impact Students 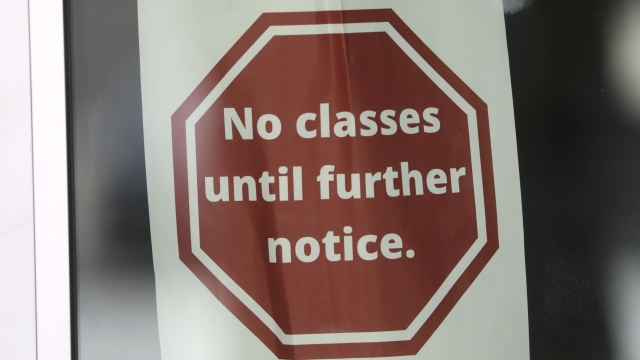 This time away from a traditional school setting could have a long-lasting, potentially negative impact on many students.

K -12 learning has shifted from classrooms to computers in light of the coronavirus pandemic, and this time away from a traditional school setting could have a long-lasting, potentially negative impact on many students’ learning.

“I don’t think anyone should assume the start of next school year will be a normal start and we just keep going," said Chris Minnich, CEO of the testing non-profit Northwest Evaluation Association, known as NWEA.

Similar to the “summer slide” --  the idea that kids can fall behind academically during the few months they’re not in school -- other findings point out that educators should now be concerned about the "COVID-slide."

A recent report from NWEA finds that some students may not achieve the typical grade-level gains educators are used to seeing.

“We’ve got to think about 'okay, what about this loss we saw in the last three months of this school year, how do we get kids up to speed, and how do I advance them on the grade level trajectory going forward,'" said Mnnich. "Because it’s so important that they get caught up. Because if they don’t, they’ll continue to be behind for the rest of their academic career.”

Education offerings differ from state-to-state right now, but many incorporate some aspect of digital learning. And with that brings a big question -- how do you know if students are actually logging on to learn?

It’s an issue educators across the country are dealing with, including in Akron, Ohio. While a large percentage of the district’s more than 21,000 students are participating in digital learning, some aren’t, leaving officials to worry about the depth of knowledge kids are actually achieving.

“The families were saying, 'oh absolutely, the students are connected, I see them for hours every day working,'" said Ellen McWilliams-Woods, the district's chief academic officer/assistant superintendent. "But then because of all of the analytics, we can see and our teachers are taking engagement level attendance, they’re actually not connected in to their classwork. They may be connecting into games, or movies, or something else…”

The district is now connecting those students with a mentor to help motivate them. They also have summer school programming already in place for students who may have fallen behind, but those may need to be online as well.

Leaders at local, state, and national levels are all offering conflicting timetables on when schools could reopen.