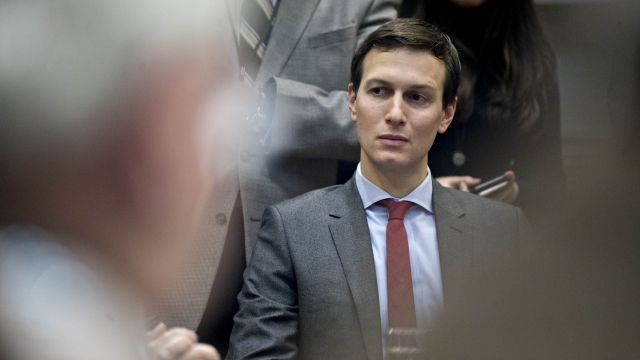 They point to a New York Times report from early April that says Kushner failed to disclose dozens of contacts he had with foreign government officials when he filled out security clearance forms.

According to the Times, some of Kushner's contacts included a meeting with the Russian ambassador to the U.S. and one with the head of a state-owned Russian bank.

Kushner's lawyer called the omissions an error. Knowingly concealing or falsifying information on a security clearance application is a felony.

The House Democrats argue Kushner's omission of meeting with Russian officials is concerning considering previous similar issues with officials on the Trump team.

And former national security adviser Michael Flynn resigned after misleading Vice President Mike Pence about a conversation he had with the Russian ambassador to the U.S.