Some Universities Are Facing Pressure To Cut Ties With ICE 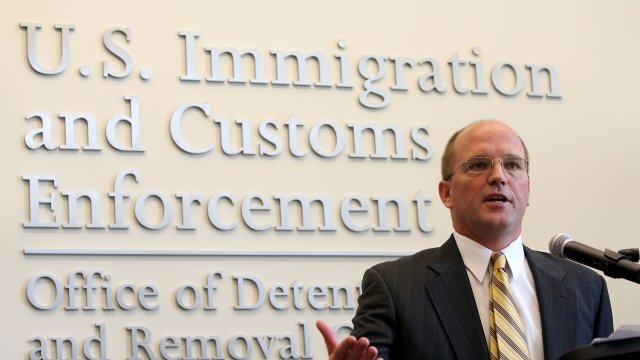 SMS
Some Universities Are Facing Pressure To Cut Ties With ICE
By Gabrielle Ware
By Gabrielle Ware
July 24, 2018
ICE contracts with higher education facilities can add up to millions of dollars.
SHOW TRANSCRIPT

Some colleges are being pressured to cut ties with Immigration and Customs Enforcement, or ICE, over the Trump administration's immigration practices.

Certain schools have contracts with ICE that have allowed them to receive millions of dollars from the agency. For example, in 2009 Johns Hopkins University entered into an agreement with ICE to provide education and training services. Since then, the school has received about $6.6 million in ICE contracts.

A Johns Hopkins professor created a petition to end the school's relationship with ICE. It reads in part, "Given the extent and extremity of its cruel practices and the scale of ongoing human rights charters which ICE continues to violate, we do not see how in good conscience Johns Hopkins University can collaborate with this organization."

Some other schools that have contracted with ICE include Northeastern University and Vermont's system of public colleges.

But some schools argue the contracts have nothing to do with immigration policy.