Some Cleveland Cavaliers Players Might Boycott The Trump Hotel 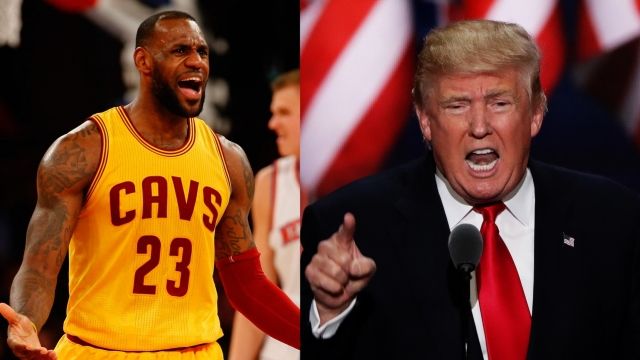 When the Cleveland Cavaliers visit the New York Knicks this week, ESPN sources say James and several other Cavs players are boycotting the Trump Hotel in SoHo.

The New York City hotel is a standard for visiting NBA teams.

According to the network, James is among a group of players staying at another hotel. ESPN noted Richard Jefferson, J.R. Smith and Iman Shumpert all voiced disappointment about Trump's election but didn't explicitly say they're boycotting the hotel.

The outlet says other team members will be staying there and that the Cavaliers and Trump Hotel do have a contract.

Some are applauding the players putting their money where their political views are, but this kind of boycott is nothing new for this election.

Anti-Trump activists compiled an list of companies to boycott because of business ties to the Trump family, including Amazon and Nordstrom.

Trump supporters called for boycotts of Starbucks and PepsiCo. after their CEOs expressed concern after Trump's win.

And Trump himself called for boycotts against Apple and Megyn Kelly's show on Fox News throughout the year.

But experts note boycotts have a more symbolic impact than an economic one. And the companies most vulnerable are the ones with a good reputation to lose.