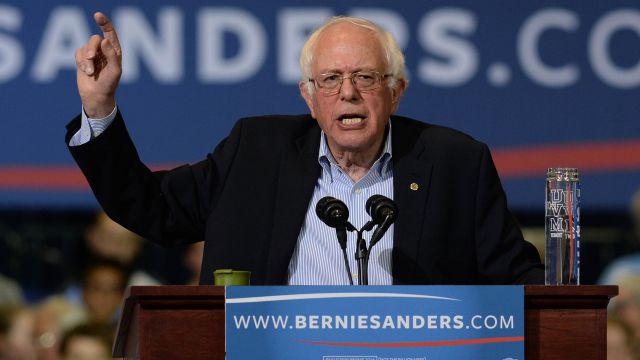 Recent Google searches suggest there's a spike in queries for the terms "write in" and "Bernie Sanders."

For months, Bernie Sanders has made it known he's "with her."

"I have come here to make it as clear as possible as to why I am endorsing Hillary Clinton and why she must become our next president," Sanders said at a rally in July.

But some of his supporters still don't seem convinced.

According to Google, a lot of people are suddenly very interested in the terms "write in." And Sanders appears to be a top name associated with that search.

Searches for write-in candidates and rules skyrocketed after the second debate.

And write-ins aren't even allowed in nine states.

But a few of those are considered Democratic strongholds where Clinton is pretty far ahead.