Millions In Africa Are On The Brink Of Widespread Famine 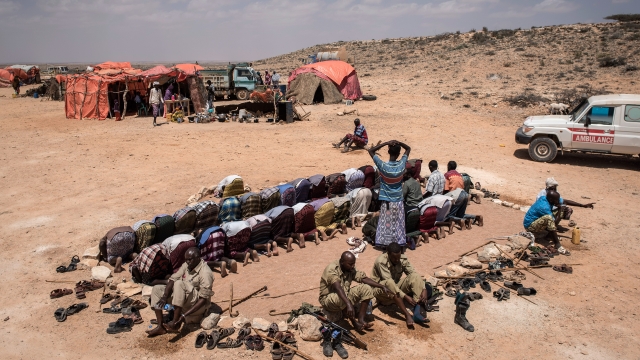 SMS
Millions In Africa Are On The Brink Of Widespread Famine
By Jake Jones
By Jake Jones
March 5, 2017
The U.N. says it needs at least $4.4 billion by the end of March to prevent a catastrophe.
SHOW TRANSCRIPT

At least 110 Somalis died from hunger and diarrhea within a 48-hour time frame due to drought.

Most of the deaths occurred in southwest Somalia's rural areas in the Bay region. 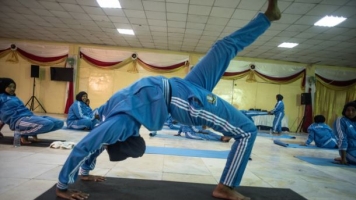 In War-Torn Somalia, Yoga Can Offer Peace After Violence

Now, aid organizations say more needs to be done to prevent a full-blown famine. As of February, more than 6.2 million people were affected by Somalia's drought.

The U.N. says it needs at least $4.4 billion by the end of March to prevent a hunger catastrophe in Somalia, as well as South Sudan, Nigeria and Yemen.

Outside of Somalia, the risk of famine is a "man-made food crisis" caused by ongoing civil conflicts and warfare. Civil warfare led to two counties in South Sudan to declare famine last month.

Since 2000, there's been only one major famine, and it was centered in Somalia.

More than a quarter of a million people died; more than half were children under the age of 5.