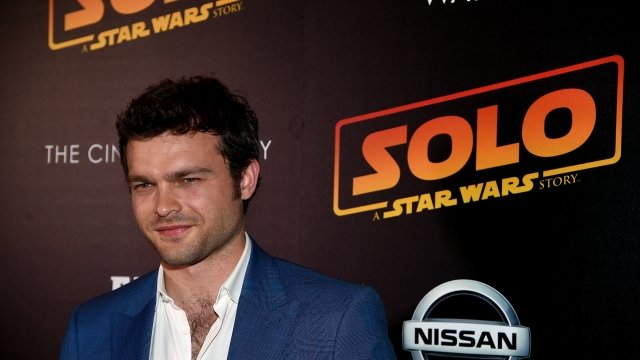 "Solo: A Star Wars Story" has been a bit of a disappointment at the box offices its opening weekend — at least by "Star Wars" standards.

The film has only made about $85 million domestically. That's still a lot, but "Rogue One: A Star Wars Story" — the other "Star Wars" spinoff film — made around $155 million its opening weekend.

Despite falling behind previous "Star Wars" movies, "Solo" still managed to knock "Deadpool 2" out of its top spot.

Some analysts say it's possible the underwhelming opening weekend for "Solo" could be because the film went up against tougher competition in the summer box office than the previous three films, which were all released in mid-December.

Or some outlets have suggested "Star Wars" fans may be suffering from franchise fatigue. "Star Wars: The Last Jedi" came out just five months ago. And Disney has been releasing one movie in the franchise every year since acquiring Lucasfilm.

Speaking of which, "Star Wars: Episode IX" is expected to drop in 2019. But not until December of that year, so Disney and Lucasfilm will have plenty of time to figure out what could have caused the lackluster debut of "Solo."