This Solar-Powered Plane FINALLY Made It Around The World 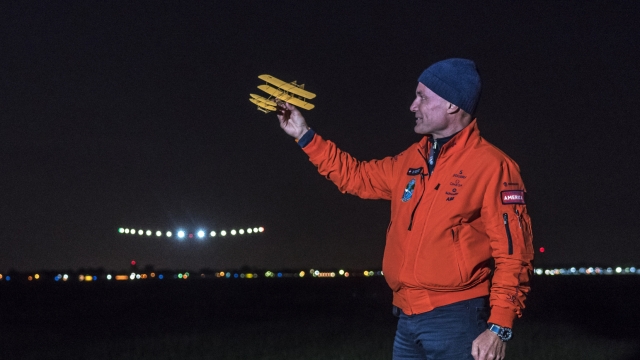 The solar plane trying to fly around the world finally made it.

"If this works, of course, everybody can do it on the ground to make a cleaner world," one of the pilots said in a Solar Impulse video.

The record-setting flight is a big win for solar energy, but there have been some challenges along the way. Last summer, the trip was stalled in Hawaii after the plane's batteries overheated.

And in this last leg of the trip, there were concerns about how extreme heat in the Middle East could affect the plane.

Before the landing, Solar Impulse's final pilot said in a statement, "I'm excited to come so close to the goal, but unfortunately there are still so many people we have to motivate before having a world running on the same clean technologies."