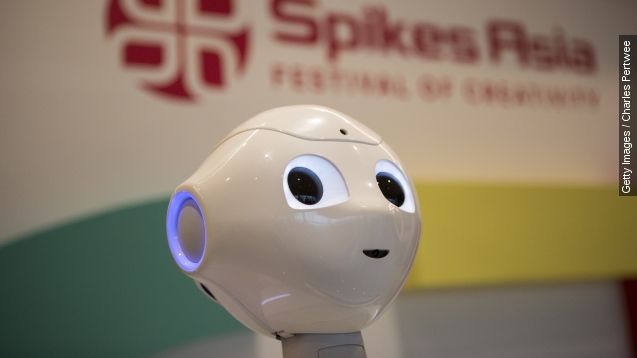 SoftBank brings Pepper — which recognizes and responds to emotions —

and IBM brings its Watson technology, which rolls together language processing and machine learning. (Video via IBM)

"Watson can understand unstructured data, which is 80 percent of data today: all of the information that is produced primarily by humans for other humans to consume," according to an explanatory video about IBM's Watson tech. (Video via IBM)

SoftBank and IBM envision Pepper as a teaching assistant or nursing aide, or working in self-service and retail environments.

A launch date hasn't been set, but expect a lot of interest. Since Pepper went on sale in Japan last June, it's sold out every month. (Video via Aldebaran Robotics)