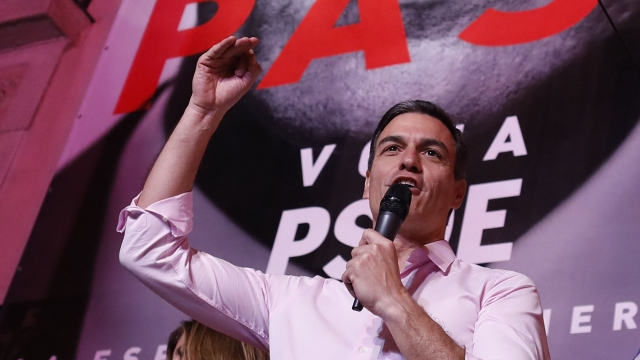 Spain's Socialist party came out on top of the country's election on Sunday.

With nearly 29% of the vote, the Socialists are set to hold 123 of the 350 seats in Spain's Congress. That means Prime Minister Pedro Sánchez will keep his job. But his party doesn't have a true majority, so he'll likely try to join forces with another political party to form a coalition government.

Even though Sánchez is already prime minister, his party is just now getting control in Congress. Previously, the conservative Popular Party held the most seats. Its leader, Mariano Rajoy, was voted out as prime minister last year after his party was involved in a corruption scandal.

The Socialists also won big in Spain's Senate, taking 121 of that chamber's 208 seats.

The other notable headline out of Sunday's election was the success of the far-right Vox party. That group is new to the Spanish political scene, and it won seats in government for the first time.

This election marked the third time Spaniards went to the polls in just four years.