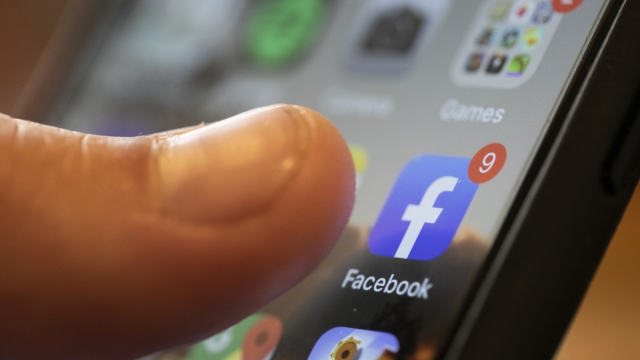 With just about four months until the 2022 midterm elections, misinformation experts, civil rights advocates and researchers are worried that social media companies are unprepared to deal with a potential onslaught of falsehoods about the election.

Many policies were put in place before and during the 2020 presidential election, but those policies haven’t cut down all of the misinformation, and in some cases, have been revoked.

"Midterm elections are harder than presidential elections for these platforms," said Katie Harbath, CEO at Anchor Change and former public policy director at Facebook.  "435 congressional seats, 30-some-odd senate races — it is much more decentralized, which makes it both harder to know where to tackle but also hard to keep track of."

For instance, more than 100 Republican primary winners in statewide or Congressional races have backed the false claim that the 2020 election was rigged, with many doing so online, according to the Washington Post. Additionally, The New York Times found that the film "2,000 Mules," which falsely claims the election was stolen from former President Donald Trump, had more than 430,000 interactions on Facebook and Instagram by June.

What's more, these online narratives are bleeding into the real world. An NPR investigation found that since the Jan. 6 insurrection, four prominent election denialists have held more than 308 events, often small and at the grassroots-level, across 45 states and the District of Columbia.

"As long we're talking about U.S.-based tech companies that are running on algorithmic amplification of whatever is most viral and trending, this is a systemic issue that will never, never be fought," said Martin Riedl, postdoctoral research fellow at the The University of Texas at Austin's propaganda research lab. "It's always in the interest of platforms to amplify, at least to a certain extent, and to intervene a little too late. You still want the spread, and you still want engagement metrics to rise."

Yosef Getachew, media and democracy program director at Common Cause, helped author a letter from more than 120 civil society groups to seven major social media companies, noting that "disinformation related to the 2020 election has not gone away but has continued to proliferate." The letter’s demands included consistent enforcement of civic integrity policies during both election and non-election cycles and the prioritization of enforcement around combatting what they call the big lie that says Trump won the 2020 election.

"A lot of the disinformation that we're seeing now is really recycled content from the Big Lie, but it's packaged in new ways that is getting more and more attention," Getachew said. "When we're talking about the 2022 election cycle, we're seeing a lot of candidates now preemptively declare voter fraud, and this is based primarily off the Big Lie. A lot of candidates are using the Big Lie as a platform plank."

Another challenge to moderating 2022 midterm misinformation is the rising popularity of video content on social media. According to a Pew Research poll, as of mid-2021, more than 80% of Americans say they use YouTube, and TikTok is now the most popular website in the world.

"There are three main challenges," said Zeve Sanderson, executive director of NYU'S Center for Social Media and Politics. "The first is that live video is incredibly difficult to moderate because it's live. The second is just the complexity of video data relative to text data. The ability to classify these data at scale are relatively underdeveloped compared to just sort of text data. The third is that external researchers, journalists, civil society groups, don't have the resources or capacity to deal with video data right now. It's taken sort of an all-of-society effort to hold social media companies responsible in text form when we saw text as the main way that information spread."

For former Facebook employees like Harbath, the situation is too little, too late. What’s important, however, is to start thinking about the next set of elections.