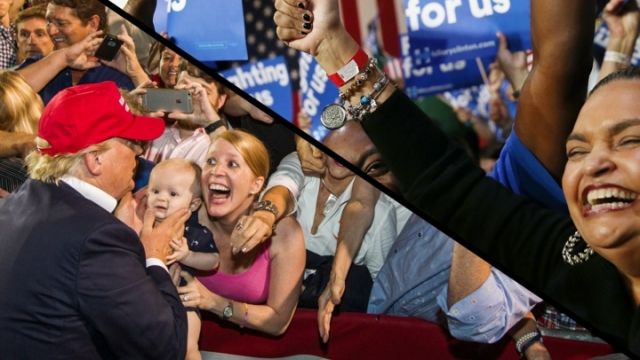 By Zach Toombs
November 3, 2016
Americans are blocking out the friends and news sites that won't confirm their views.
SHOW TRANSCRIPT

Social media is creating a new kind of political divide. And when you unfriend someone over a political argument, you're making that divide even deeper. I'll explain.

This is your real-life social circle: family, friends, classmates, co-workers. Many of these people are likely from a similar background as you and have a similar worldview. But your social news feed takes that to a new level. Facebook's algorithm promotes the types of posts that you like and share, and it hides away posts that put you off or that you don't interact with.

This means you're unwittingly surrounding yourself with more people and news sites that just confirm your pre-existing views. This is called an "echo chamber." lt means you're only seeing ideas from people and media outlets who agree with you.

And I'll let you in on a secret of social videos and news: A lot of the new media industry is built off the social share. And the easiest way to win that share from you is to confirm and vindicate your views.

That's led to a boom in the number of news sites that push out clearly biased and sensational headlines. They know you'll like it and that you're likely to share it.

Don't subject yourself to hate speech. But when it comes to political disagreements, you can avoid the echo chamber by hearing people out and actually interacting with people who think differently.

Be careful about cutting people out of your social circle over politics. You're cutting yourself off from different views, and you're cutting others off from your views. And you're contributing to that increasing polarization in America.