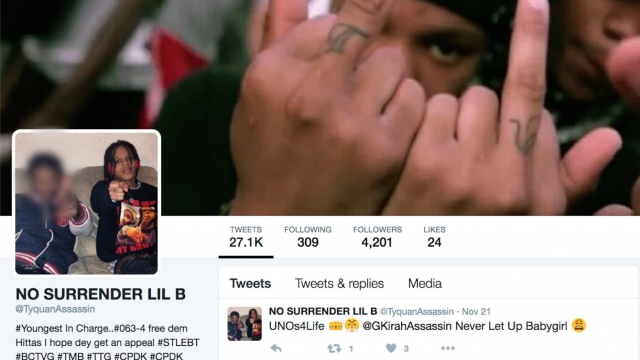 SMS
How Social Media Can Be Used To Stop Gang Violence

"Social media has become a contributing factor to the uptick in violence that we're seeing in neighborhoods," Desmond Patton said.

Chicago is having a historically violent year. More than 4,000 people have been shot since Jan. 1. Patton, a professor at Columbia University and a former social worker in Chicago, has a solution: Stop violence before it starts by sniffing out altercations on social media.

SEE MORE: A Southside Chicago Memorial That 'Shouldn't Be Here'

"We look for triggering points that may help us understand how and why the conversation moves from a general conversation to a more aggressive or threatening conversation," Patton said.

In January, Chicago police blamed social media for the violent start of the year.

"It is the new way — and it has been for the last two years — of taunting, challenging other gangs. It's the modern way of gang graffiti," former Interim Police Superintendent John Escalante said.

Like the police, outreach workers canvassing the streets of Chicago's rough neighborhoods monitor social media on a daily basis.

SEE MORE: Chicago Native Jabari Parker: How To Help Kids On The South Side

"If you bully me in front of these two, I'm going on the internet in front of 5,000 people now," said Clarence Ray, one of several violence interrupters with CeaseFire Illinois, a branch of Cure Violence.

"Maybe a rap video, or somebody posting a picture of somebody else's girlfriend or boyfriend. That's how all the beef starts — on social media," Yasmine Richie said.

"And then before you know it, they're telling each other I'm on this corner, slide down on me, and that's how the killing come in at," Jerusha Hodge said.

Patton thinks there's a way to anticipate these online threats and even identify the next victim or shooter. His research began with Gakirah Barnes, a teenage gang member with a large social media following. She was killed in 2014, hours after tweeting the address of her hangout.

Patton wants to create an algorithm to detect these threats on a larger scale, and he wants to hire young ex-gang members to help him interpret online cues.

"I think that if social workers that are working in communities with young people before they engage in violent and criminal behaviors, if they have that information initially, then that can be a helpful step before police involvement. Social media is used promotively in ways to cope, and to deal and to build community. But when that is overlaid with the ecology of violence, then that's when you begin to see a shift in the communication online."

"I'm very interested in decreasing the incarceration of black and brown youth in these situations," Patton added.

Patton recently received a $100,000 grant from Columbia University to pursue his study.