Social Media Can Help And Hurt In Florence's Aftermath 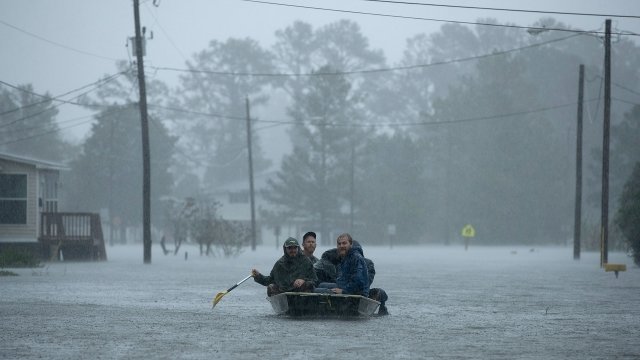 SMS
Social Media Can Help And Hurt In Florence's Aftermath

By Tyler Adkisson
September 18, 2018
Some rescue groups have been scanning social to find and locate victims who've posted about needing rescue.
SHOW TRANSCRIPT

Before and after Florence dropped record rains on the Carolinas, social media has been a vital communication tool for people at risk from high floodwaters. However, as we've seen in previous natural disasters, some users are knowingly or unknowingly spreading misinformation which could be detrimental to recovery efforts.

Before Florence made landfall, US wireless carriers promised to improve cell service and hopefully avoid connectivity issues. The four major US carriers offered free data for those in the path of the storm, and also deployed mobile cell towers in case of outages. AT+T even opened up dedicated wireless spectrum specifically for first responders.

This increased coverage made it easier to share news of the storm's first-hand damage on social media. It's also proved helpful for rescues. One crowdsourcing platform, called Crowdsource Rescue, uses volunteers to monitor social media to help find and coordinate rescues with people who've posted about needing assistance. 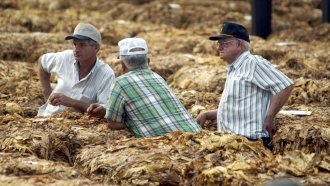 Carolina Farmers Race To Save Crops, Farmland Before Florence Hits

But Florence has also sparked some widely-circulated social media hoaxes, including previously-debunked stories from earlier storms. Experts say it's not always clear what motivates people to deliberately spread fake news during an emergency like this, but it only takes a few of them to start a trend. Studies show that during Hurricane Sandy, just 30 users were responsible for 90% of fake posts.

Researchers say the best way to stop the spread of hoaxes or misinformation is to fact-check posts before you send them to your followers. Studies show during Hurricane Sandy, about 86% of Twitter users were likely to broadcast or like a false story without verifying the information. Only 9% of users tried to find out whether the information was indeed correct.