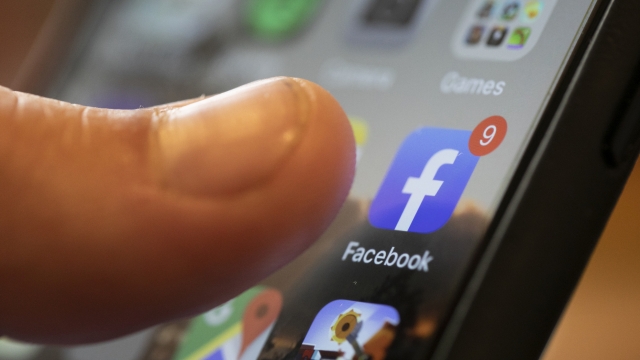 More people are using social media to stay connected amid the pandemic — but that's not necessarily boosting Facebook and Twitter's revenue.

Social media companies are sounding the alarm about lost revenue during the coronavirus outbreak. Although companies like Facebook and Twitter say they've seen "unprecedented" growth since self-isolation orders went into effect across the U.S., advertisers are pulling their money from the platform. Twitter said its daily usage jumped 23% from last year, from 134 million monetizable users to 164 million. But it's unlikely it'll see financial gains through advertising.

P.K. Kannan, Dean’s Chair in Marketing Science at the University of Maryland, says social media companies are taking an early advertising hit because it's easier to cancel digital ads than physical ones or other kinds of ads.

"The way traditional broadcast media works is you need to set your advertising budget well in advance, and usually the chunk for the duration for which you commit yourself is settled on a quarterly basis. They cannot just turn off those things, they've already purchased those ad slots and those ad runs. Digital is done on a daily basis. So if you decide you want to cut down your budget, it is very easy to turn off digital media, much faster than what you can do with those traditional ones."

Beyond cost concerns, some companies are pulling social media ads to keep them from appearing next to COVID-19 misinformation or objectionable content — which is rife across these platforms. Some businesses are also restructuring ad campaigns to account for the sensitive nature of the virus. Robert Lee, CEO and co-founder of Circa Interactive, a digital marketing agency for higher education, told Newsy the universities he's working with are playing a "wait and see game."

Compared to political or other health misinfo, the coronavirus infodemic has been met with unprecedented moderation efforts by social media companies.

"They're being very hesitant, just due to obviously the sensitive nature of everything going on. As we become a little bit more comfortable with kind of what's going on, I think universities will be more inclined and more interested to tell a bit more around those stories of how their graduates are kind of directly affecting what's going on."

Regardless of why ads are pulled, many of the industries hit hardest by the pandemic are also social media's biggest ad spenders, like the travel, entertainment, hospitality and consumer packaged goods markets, which make up an estimated 45% of Facebook's ads. Kannan notes that while this could lead to losses upwards of $44 billion for the largest social media companies, "Facebook and Google do have the deep pockets to withstand this kind of a shock."