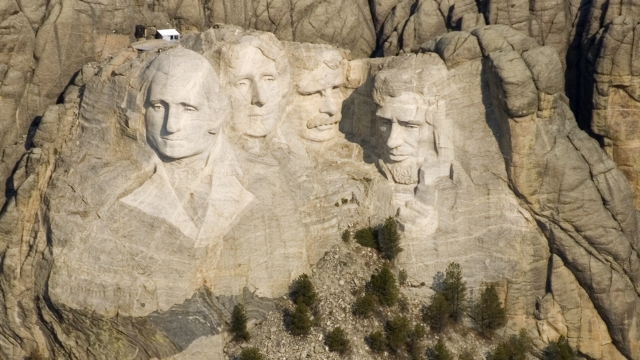 South Dakota will not require guests to social distance at a Mount Rushmore Fourth of July celebration that President Donald Trump is set to attend.

Officials began planning the fireworks display long before South Dakota announced its first cases of coronavirus back in March.

As many as 7,500 people will be allowed into ticketed areas to watch the fireworks. Those without a ticket will be allowed to gather outside Mount Rushmore's grounds to watch. Officials said Thursday that they won't be reducing the number of tickets available because of the pandemic.

"What I’m going to ask people to continue to do is if you’re sick, stay home. If you’re the vulnerable population and you’re worried about the virus, you should stay home," Noem said.

The governor's office said it's also working with federal agencies to plan a military flyover during President Trump's visit to the national landmark.