So You Want To Be An Astronaut? Listen Up 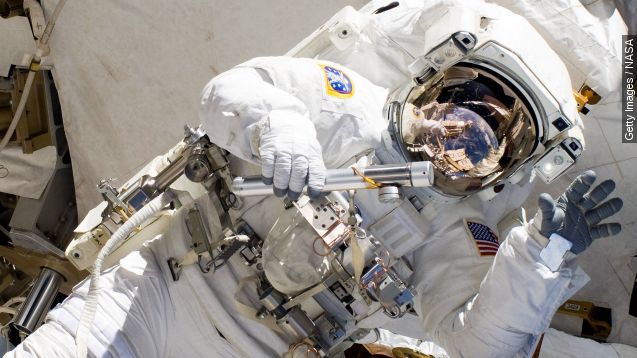 SMS
So You Want To Be An Astronaut? Listen Up
By Katie Link
By Katie Link
November 4, 2015
If your childhood dream was to wear a spacesuit and take off in a rocket, good news: NASA is hiring. Here's what you need to know before you apply.
SHOW TRANSCRIPT

Time to update your LinkedIn profile because NASA is hiring. It announced Wednesday that it will begin accepting applications on Dec. 14 for the next group of astronauts. (Video via NASA)

The last time NASA went on a hiring spree was in 2013, and only 8 out of more than 6,100 applicants got the gig. So we've taken a look at the astronaut job requirements to determine those of us who "need not apply."

Here's what NASA is looking for: a bachelor's degree. If your diploma says engineering, biological science, physical science, mathematics, or clinical psychology, you're in luck. A master's or doctoral degree will definitely help, but isn't requried. (Video via NASA)

You'll also need three years of professional experience or a quick 1,000 hours of pilot-in-command time in a jet aircraft. (Video via NASA)

And of course, you'll have to be between 5'2" and 6'3" so you can squeeze into small places. Sorry for all the vertically challenged — or gifted — out there.

NASA wants healthy and fit astronauts. That means a sitting blood pressure of less than 140/90. Oh, and by the way, you must be a United States citizen. Duh. (Video via NASA)

So the requirements don't seem totally out of this world. But other countries' space programs? Yeah, they're a bit more particular.

Take Russia for instance. If you're over the age of 33, forget it. You also need to have five years of work experience, three of which you completed at the same job.

China draws from an even narrower applicant pool. There are lots of boxes to check before you can apply for their program. Are you age 25 to 35? Do you snore? If you're a woman, are you married? If you're a mom, did you deliver your children naturally?

Yeah, we found that last one a little strange, too. According to a Chinese magazine, scientists fear a scar from a C-section could bleed in space.

So NASA's astronaut program is looking even better, right? Oh, and we should mention the starting salary for a civilian astronaut is $66,026 a year.

But if you get a call back on your application, prepare to move to Houston and spend at least two years training before you jet set into space. (Video via NASA)