So The UFC Didn't Sell Out For $4B After All? 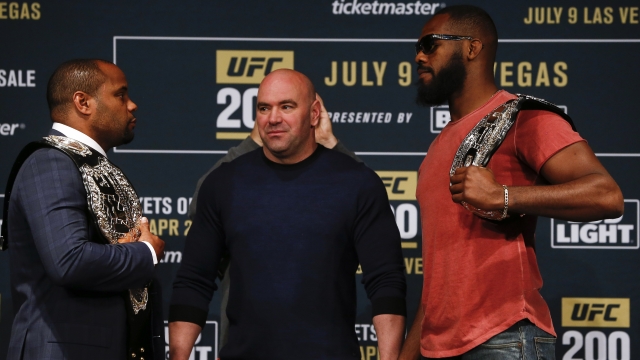 On Monday, a report surfaced that the UFC agreed to sell for $4 billion, but the UFC called the report "false."

On Monday, the mixed martial arts community was buzzing over reports the Ultimate Fighting Championship — the largest MMA promotion in the world — had been sold for $4 billion.

But according to the UFC, those reports are totally wrong.

"FloCombat.com's report indicating that the UFC has been sold is false," the UFC said in a statement. "We've communicated that to our staff members tonight via an internal memo."

MMA Junkie got a hold of that memo. It read, in part, "We have instructed our attorneys to investigate and take all appropriate legal actions against the parties publishing and contributing to these false stories."

FloCombat's report, which was still on its website Tuesday morning, said a $4 billion bid submitted by four combined groups had been accepted by Zuffa, the company that owns the UFC.

As part of the deal, the report says UFC President Dana White would stay on board.

This isn't exactly the first time the UFC has denied reports about a potential sale of the company.

"The UFC is not for sale, but I can say this: If somebody shows up with $6 billion or $4 billion, we'll definitely talk to them," White told Fox Sports in May.

But it's become increasingly obvious the UFC is actually looking to sell, and the magic number has been placed right around $4 billion.

Which, for those on the Zuffa group side, would be great return on investment. Zuffa purchased the UFC in 2001 for just $2 million. The league has seen massive success since then, making an estimated $600 million in revenue in 2015.

This video includes clips from the UFC, MMA Junkie and images from Getty Images.

The R.O.C.K. Foundation is a nonprofit organization focused on providing underserved communities with opportunities through fitness and training.

Members say being around others with Parkinson's helps them not to feel self-conscious.

The Nevada State Athletic Commission voted unanimously to remove marijuana from its list of banned substances for combat athletes.