So Snapchat Raised Nearly $500M, But What About Revenue? 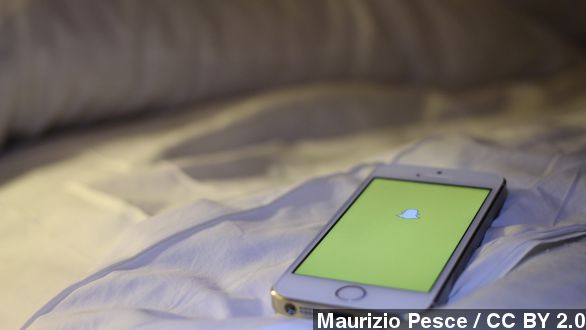 SMS
So Snapchat Raised Nearly $500M, But What About Revenue?
By Jake Godin
By Jake Godin
January 2, 2015
At the end of 2014, Snapchat revealed it had received almost half a billion dollars in investments, most likely pushing its value beyond $10 billion.
SHOW TRANSCRIPT

Snapchat, the wildly popular smartphone app used for sharing photos, rang in the New Year with a surprise announcement — the barely 3-year-old company raised almost half a billion dollars in investment funding.

In what was the first peek into Snapchat's fundraising, the company revealed on Dec. 31 it had raised a whopping $485.6 million dollars from 23 investors.

According to TechCrunch's sources, Snapchat had originally set out to raise $40 million, raised it to $900 million after interest in the round exploded, then settled for $500 million after that proved to be too much.

And now, after the photo-sharing company fetched nearly a $10 billion valuation in August, TechCrunch's sources suggest Snapchat could be worth upwards of $20 billion.

So much for that $3 billion offer from Facebook the company famously declined in 2013.

But there's still the same issue many tech darlings seem to share nowadays — how will Snapchat generate decent revenue?

The company has dabbled in ads, sponsored "My Stories" content and now allows money transfers, or what it calls Snapcash.

But so far there hasn't been anything more concrete in how the company will generate any money off its estimated 100 million-plus monthly active users.

And it wasn't all good news for Snapchat. The Federal Trade Commission revealed on Wednesday it had come to a settlement with Snapchat over privacy concerns and how the company portrayed its security.

The price? Snapchat's privacy policy will be revised and the company will be monitored by an independent privacy service for the next 20 years. That's one snap that's not going away anytime soon.