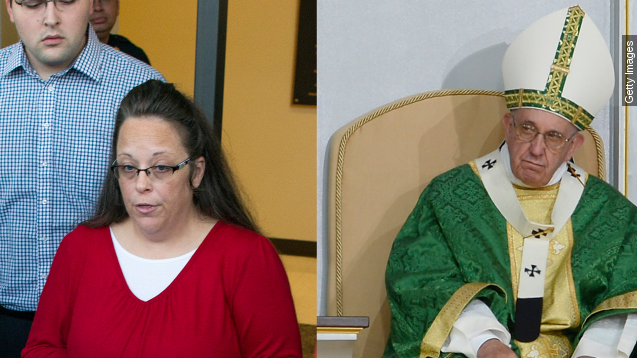 While in the U.S., Pope Francis met with the president

"Well it was really very humbling to think that he would even want to meet me or know me," Davis told ABC.

Kim and the pope met.

At the Vatican Embassy in Washington, D.C.

It's a little odd considering Davis is an Apostolic Christian.

Davis and her lawyers say the pope told her to "stay strong" and thanked her for her courage.

A Vatican spokesman confirmed to The New York Times that the meeting took place but would say no more.