Snubs Of The 2016 Oscars: Sorkin, Scott And 'Straight Outta Compton' 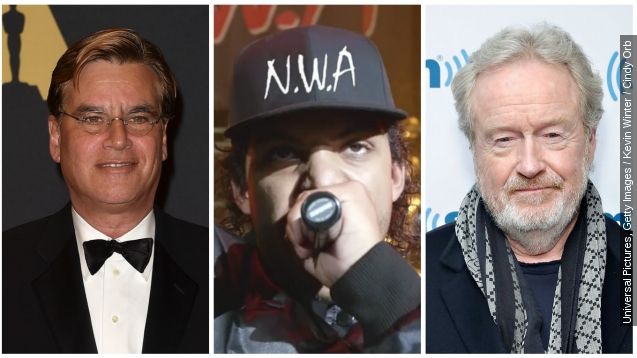 SMS
Snubs Of The 2016 Oscars: Sorkin, Scott And 'Straight Outta Compton'
By Cody LaGrow
By Cody LaGrow
January 14, 2016
The 88th Annual Academy Award nominations did not include a single acting nomination for a person of color.
SHOW TRANSCRIPT

Oscar nomination season — that time of year when a potential award for one is a somber snub for the other.

"Carol" missed the mark for a Best Picture nomination, as did "Star Wars: The Force Awakens."

You'd think the members of the Academy had gone to the dark side, but they're too white to do that.

Perhaps the most notable snubs were for people of color in showbiz. Will Smith came up empty-handed for his highly publicized NFL Drama "Concussion," and Idris Elba was denied a nod for "Beasts of No Nation." Nothing for "Creed" director Ryan Coogler, either.

The Academy also skipped a Best Picture nomination for N.W.A. biopic "Straight Outta Compton." It is up for Best Screenplay, but not one single actor of color was nominated in any of the acting categories. It will surely resurrect the hashtag #OscarsSoWhite, despite the Academy's attempt to promote diversity.