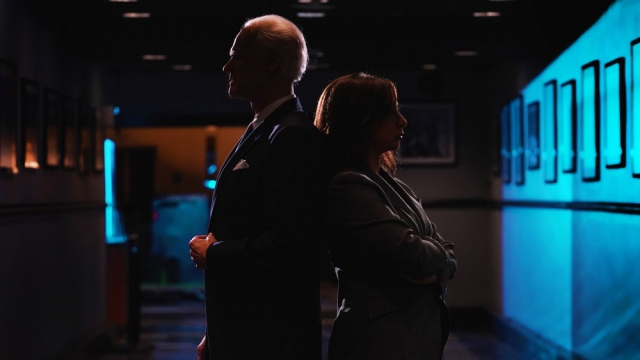 We are just weeks away from Election Day, which means "Saturday Night Live" is kicking into full gear for political satire and parodies of this year's presidential candidates. The sketch comedy series returns this weekend with actor Jim Carrey taking on the role of presidential candidate Joe Biden.

After four decades of SNL, long-time viewers know the drill for its political caricatures. But it's worth asking this question: What purpose does humor serve during an election?

Outi Hakola, researcher of North American culture at the University of Helsinki: "What humor can do, and satire can do, it can reach a very different audience than is usually following politics. It means that it gives a wide platform."

Many researchers agree that political satire can "serve as a gateway of engaging more citizens in the political discourse." And for most politicians, Finnish researcher Outi Hakola said that can be a strong tool for campaigning — even if they're the butt of the jokes.

Hakola: "Mostly, though, politicians in the past have been quite happy. Or at least they have tried to give the public an impression … that they can take the joke, and that is part of the game in the way. And I think with Trump, it changed a little bit."

President Donald Trump has been vocal about his opinions on "Saturday Night Live" — calling it a "boring and unfunny show," "total Republican hit job," and evidence of a "rigged and corrupt media."

Hakola found that in tweeting those reactions and refusing "to accept the parody" like other politicians, Trump actually reframed SNL's critical portrayal and galvanized his own supporters to discredit the show as a whole.

That leads us to another question about political satire: does it lead to political polarization?

It's worth pointing out SNL was the most popular show among liberal viewers in 2018, according to researchers from the Norman Lear Center. That indicates a pretty clear view of polarization, and the show isn't alone.

Experts note that "The Late Show with Stephen Colbert" became noticeably more left-leaning after 2016, and that "Last Week Tonight with John Oliver" has featured literal calls to action for progressive movements.

Hakola: "If you think about John Oliver's show, he makes it very clear that he's talking to liberal audiences and asking them to participate and create change."

With those examples in mind, it would be easy to say that political comedies are contributing to polarization. But with growing division on social media and other mainstream news outlets, experts say they're also the product of it.

Hakola: "Parody shows — they are not so shy anymore about doing this, because the audience is already polarized. Why not use it even further?"