'SNL' Imagines A Less-Than-Inspiring Trump During An Alien Invasion 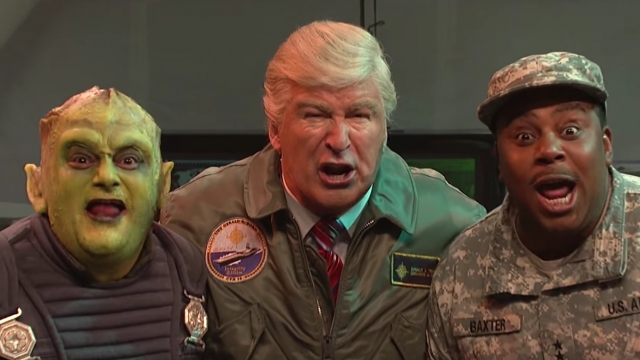 By Danielle Dieterich
March 12, 2017
Alec Baldwin has been playing President Donald Trump for months now, and the sketches seem to be getting more and more out there.
SHOW TRANSCRIPT

Alec Baldwin has said the days of him impersonating Donald Trump are almost over. But in the meantime, "Saturday Night Live" keeps coming up with new ways to make fun of the president and his administration. 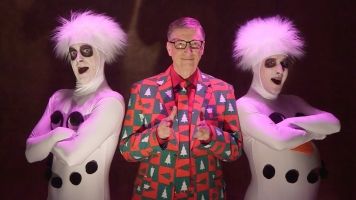 We've had Attorney General Jeff Sessions as Forrest Gump, Melissa McCarthy's standout Sean Spicer impressions and Kellyanne Conway stalking Jake Tapper. But the show's harshest satire — and that cherished opening sketch — is often reserved for the president himself. In this case, the idea was that President Trump would be a less-than-ideal leader during an alien invasion.

The show's critical representation of the president has been working in its favor so far. Ratings are the highest they've been in decades. What do you think: Are you loving the political jokes, or are you ready for the show to move on to new material?