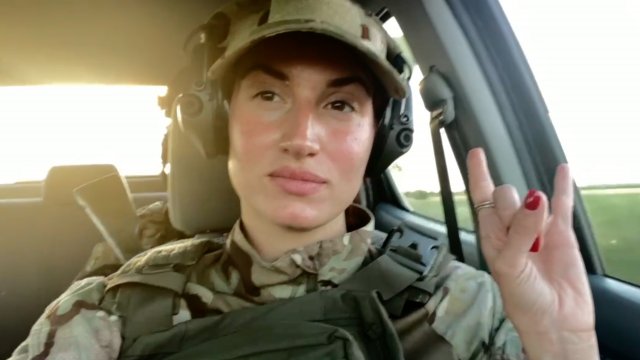 The sound of a Russian drone on the front lines is hovering near Evgenia Emerald.

If it sees her, she knows what sound could come next: the whiz, then bang, of incoming artillery.

Spot the target – dial it in – and fire. It’s a tactic she knows well, because Emerald is a sniper.

Newsy's Jason Bellini met Emerald in a fully blacked-out part of the capital, Kyiv, far from the trenches she lived in for months.

They discussed her experience fighting as a woman in an otherwise all-male unit, her lifetime of sharpshooter training — and what it was like to start a family in the middle of an active warzone.

President Volodymyr Zelenskyy has warned that the Russians were feigning a pullout from Kherson to lure the Ukrainian army into an entrenched battle.