Snapchat Now Charging For Lenses Because Of Course It Is 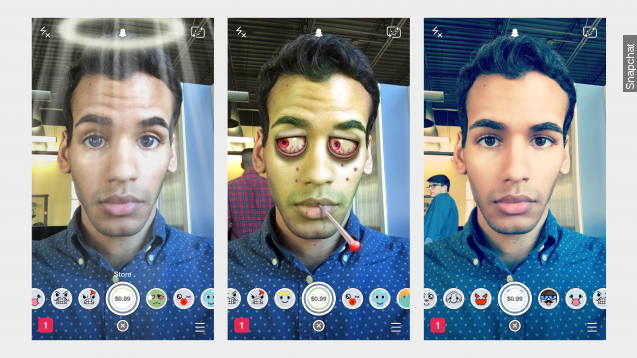 SMS
Snapchat Now Charging For Lenses Because Of Course It Is
By Mikah Sargent
By Mikah Sargent
November 13, 2015
Snapchat on Friday released an update for its app that adds a store for lenses, the service's bizarre face-tracking filters.
SHOW TRANSCRIPT

Don't let its seemingly nonsensical nature fool you, Snapchat is a business and it wants to make money. (Video via Snapchat)

If you're a Snapchatting regular, you probably remember when the messaging service announced lenses, the company's face-tracking filters for adding all sorts of bizarre effects.

The Internet was all-together on board with the hilarious and sometimes-creepy new feature, which played right into Snapchat's master plan. (Video via The Oregonian)

The master plan: charging for lenses. Snapchat released an update for its app Friday that adds a lens store. For 99¢, any Snapchat lens can be yours.

Remember how the Internet was super-pumped about Snapchat lenses? Yeah, not so much about paying for them.

Business Insider collected a few examples of Internet outrage. One user skipped the subtweet and replied directly to the company writing, "No one is going to buy those filters, losers."

Judging by Snapchat's response to the outrage — retweeting loads of angry tweets aimed at the company — we're going to assume Snapchat has no intention of removing the lens store.

Time to start scrounging for a Snapchat lens fund.

This video includes images from Snapchat.