Smugglers Are Boosting Prices To Sneak People Across The US Border 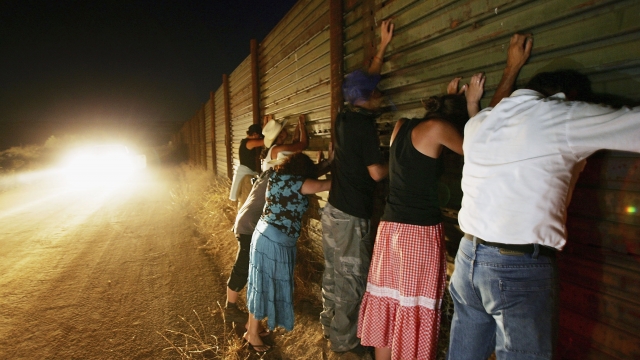 SMS
Smugglers Are Boosting Prices To Sneak People Across The US Border
By Lindsey Pulse
By Lindsey Pulse
March 18, 2017
The Department of Homeland Security reports smuggling prices have jumped more than 100 percent since November.
SHOW TRANSCRIPT

Human smugglers are jacking up prices to get people across the U.S.-Mexico border.

According to Homeland Security Secretary John Kelly, getting into the U.S. from Mexico costs anywhere between $3,000 to $8,000 in some regions — and those prices could keep going up.

A reason for the hikes could be because of the Trump administration's proposed border barrier and tougher immigration policies.

Construction on the barrier hasn't even started, but coyotes are apparently using the mere prospect of increased security to cash in.

Experts say the spike in prices isn't too surprising. The Mexican Migration Project has tracked these trends since the 1980s. Smuggling prices tend to increase with border security spending.

The DHS reports the number of people caught at or prevented from crossing the border has also gone down since Trump took office. But that decrease could be due to a number of things — including the cost of smuggling.