The Confirmation For Trump's Commerce Secretary Was 'A Piece Of Cake' 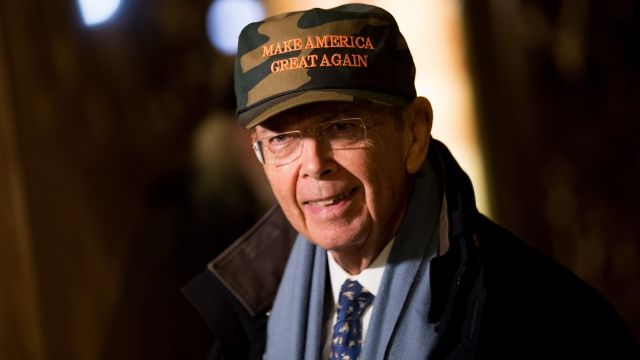 SMS
The Confirmation For Trump's Commerce Secretary Was 'A Piece Of Cake'
By Jake Jones
By Jake Jones
January 18, 2017
Wilbur Ross outlined his trade plans and had little trouble in his Senate confirmation hearing.
SHOW TRANSCRIPT

During his Senate confirmation hearing, Wilbur Ross laid out his trade plans as President-elect Donald Trump's secretary of commerce.

"I am not anti-trade. I am pro-trade. But I'm pro-sensible trade," Ross said.

One senator called Ross' confirmation "a piece of cake" compared to hearings for some of Trump's other picks. Ross' hearing was only four hours long, and it wasn't nearly as toxic as some of the others. 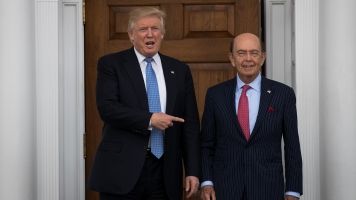 First and foremost, Ross said he and Trump will renegotiate the North American Free Trade Agreement, or NAFTA. Ross said he'll also go after countries that cheat on trade and will promote Trump's "America first" philosophy.

Ross is the wealthiest of Trump's Cabinet nominees, with an estimated net worth of up to $3 billion.

He said he would divest about 90 percent of his financial holdings and renounce more than 40 professional titles.