Smoking May Cause Cancer In More Men Than Women 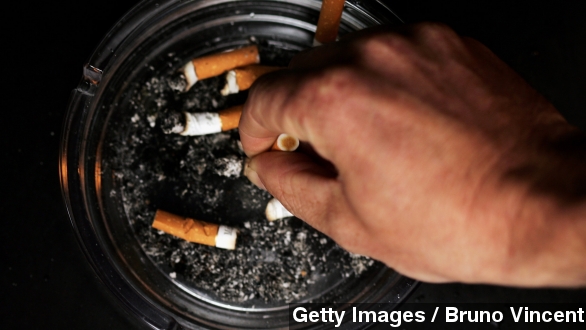 SMS
Smoking May Cause Cancer In More Men Than Women
By Madison Burke
By Madison Burke
December 4, 2014
Researchers found smoking decreases the amount of Y chromosomes in men's blood cells, leading to a higher chance of getting some cancers.
SHOW TRANSCRIPT

We've seen the posters and we've heard the stories.

"Hi, my name is Suzie and I've had a stroke due to my cigarette smoking."

It is clear that smoking is very, very bad for you. But apparently, it's worse for men than for women.

A study published Thursday in the journal Science found smoking puts men at a greater risk for some cancers than women.

Researchers believe this may be because smoking reduces the number of Y chromosomes in blood cells. (Video Via CNN)

Y chromosomes are only present in men and previous research has indicated cancer is more likely to occur when men lose those chromosomes.

To come to these conclusions, Uppsala University researchers in Sweden evaluated more than 6,000 men and looked at at how a variety of factors impacted Y chromosomes — including age, exercise, cholesterol and smoking.

In the end, researchers found both age and smoking appeared to be associated with loss of Y chromosomes.

But its not all bad news for men. The study also noted Y chromosomes returned to the blood cells of those who kicked the habit, indicating the process may be reversible.

Earlier this year, the same researchers found a relationship between the loss of Y chromosomes and shorter lifespans in men.

They found the age-related loss of the Y chromosome may explain why men generally do not live as long as women.

That study is published in Nature Genetics.