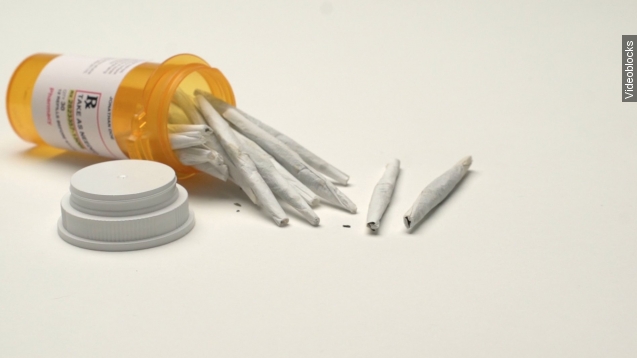 Right now, medical marijuana is commonly used to treat nausea, chronic pain, glaucoma and a range of other issues.

But that might not be all that the drug can do. Several studies have uncovered some surprising potential for medicinal pot.

Now, these benefits are by no means tried and true — there's still a lot of research to be done on the actual benefits of marijuana — but they are ripe for future study.

First up, cancer. Marijuana is already commonly used to alleviate some of the painful symptoms of cancer and chemotherapy, but there's some research suggesting marijuana can actually delay or reduce tumors. (Video via CNN)

THC, the active ingredient in marijuana, has been shown to reduce tumor growth in lab mice and human tissue; researchers believe the chemical triggers certain receptors that prevent tumors from growing.

Second up, the lungs. Despite all the coughing jokes, marijuana isn't linked to lung damage –– in fact, it may improve how lungs function. (Video via Columbia Pictures / "Pineapple Express")

One of the researchers told Time that inhaling deeply when smoking pot could be a sort of exercise that helps expand lung capacity.

Next, the brain. Marijuana has even been shown in some studies to boost creativity — at least to a degree.

British researchers found marijuana increased the verbal fluency of participants who ordinarily tested low for creativity. Verbal fluency is a test where you say as many words as you can beginning with a certain letter.

We should note though, marijuana didn't enhance all types of creativity.

For example, it didn't help low-creativity participants in a test asking for as many responses to a named category, like four-legged animals or fruit.

Last but not least: your waistline. In spite of the so-called munchies, evidence shows smoking marijuana is associated with lower rates of obesity and diabetes. (Video via New Line Cinema / "Harold and Kumar Go to White Castle")

And a study published in The American Journal of Medicine found that smokers have smaller waists than non-smokers.

Again, these studies aren't conclusive, and we're not saying you should start smoking. There are plenty of studies detailing the negative effects of marijuana as well.

Only now, science is suggesting marijuana isn't all bad as might have been previously believed. (Video via Motion Picture Ventures / "Reefer Madness")

This video includes images from Getty Images and Pink Sherbet Photography / CC BY 2.0.