Smoking Can Cause Damage To Your DNA, Even Years After You Quit 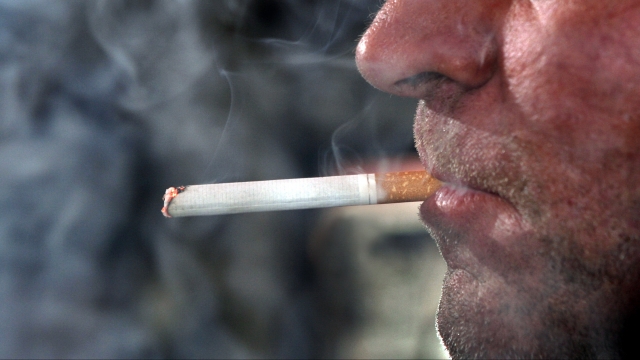 SMS
Smoking Can Cause Damage To Your DNA, Even Years After You Quit
By Briana Koeneman
By Briana Koeneman
September 21, 2016
According to a new study, smoking can cause changes to your DNA that can last for decades.
SHOW TRANSCRIPT

Many of the negative effects associated with smoking cigarettes can disappear over time after a person quits.

But a new study out this week says the habit causes damage to your DNA that can last for decades.

As one of the researchers told NBC, "Our study has found compelling evidence that smoking has a long-lasting impact on our molecular machinery, an impact that can last more than 30 years."

To come to this conclusion, researchers from medical institutions across the country analyzed blood samples taken from nearly 16,000 people during prior studies.

And they found that people who smoked had a pattern of methylation changes that affected more than 7,000 genes.

Translation: The smokers' DNA was altered in a way that can change how a gene functions.

And many of those 7,000 genes had known links to smoking-related diseases, like cardiovascular disease and certain cancers.

The study's authors say that within five years of quitting, most genetic changes "recovered" to look like nonsmokers' genes.

One of the study's authors said, "The encouraging news is that once you stop smoking, the majority of DNA methylation signals return to never-smoker levels after five years, which means your body is trying to heal itself of the harmful impacts of tobacco smoking."

But some genes, including the one linked to lymphoma, can still show signs of damage from smoking years later.

According to the Centers for Disease Control and Prevention, more than 16 million Americans are living with a smoking-related disease, and it's the leading cause of preventable illness and death in the U.S.