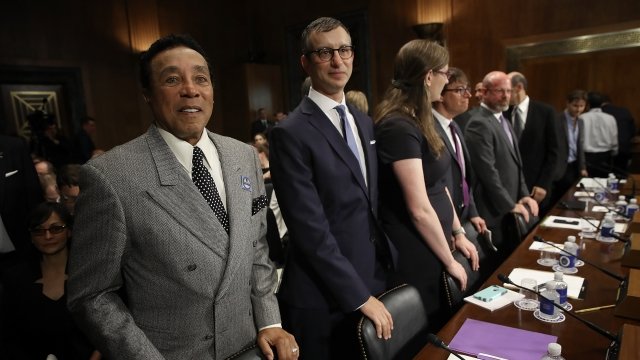 SMS
Lawmakers Are Trying To Modernize Music Licensing Laws
By Casey Mendoza
By Casey Mendoza
May 16, 2018
A testimony from Smokey Robinson might spark some big changes in the music industry.
SHOW TRANSCRIPT

Music has changed a lot in the last century — and so has the way we've listened to it. Music laws, however, don't really seem to be keeping up with the beat.

Take for example the song "The Tracks of My Tears" by Smokey Robinson and The Miracles. It's been inducted into the Grammy Hall of Fame and it's preserved by the Library of Congress — but if you listen to it on Spotify, Apple Music or any other music streaming service, chances are the artists and label won't get compensated for it.

That's because the song was released before 1972 — the year Congress extended copyright protections to sound recordings. Recordings released before then are only protected by state laws, which streaming companies have argued don't apply to their platforms. 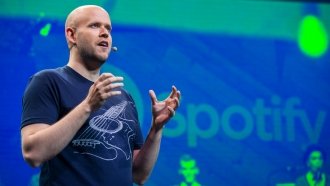 "Let me put this into perspective: The Miracles was one of the very first acts signed to Motown in 1957. We recorded the label's first million-selling hit, 'Shop Around' in 1960; 'I Second That Emotion' in 1967; and 'Tears of a Clown' in 1970," Robinson said in a testimony to the Senate Judiciary Committee on Tuesday. "To not be paid because they were [released] prior to 1972 is ludicrous, as far as I'm concerned."

Along with other members of the music industry, Robinson said that music licensing laws are failing to catch up with modern distribution platforms — specifically, online streaming.

"The world has completely changed under our feet. We are still operating on old and outdated laws. Our music is being used more than ever and valued less," songwriter Josh Kear said.

The loophole about pre-1972 music was just one issue on the table. Another concern was making sure songwriters and producers were fairly compensated for their work. 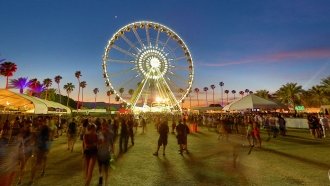 "It used to be a songwriter can make a decent income from sales of albums or CDs, but that income is a relic of the past. People don't buy music anymore," Kear said. "While streaming has certainly increased the reach of our music, our work is now valued less. We're talking fractions of pennies on the dollar due to outdated government regulations."

For some perspective: Kear wrote Carrie Underwood's "Before He Cheats," one of the best-selling country songs of all time. But last year, even though the song was streamed millions of times, Kear reportedly earned just a little over $3,000 from streaming.

The Music Modernization Act hopes to solve these issues by setting fair market values for artist compensation; creating a transparent database of musical works and their copyrights; and extending federal royalty protections to pre-1972 recordings.

The legislation has heavy support from the music industry and Congress. Back in April, it passed the House of Representatives with a unanimous vote of 415-0. And now it's on its way to the Senate floor, where it'll likely pass as well.