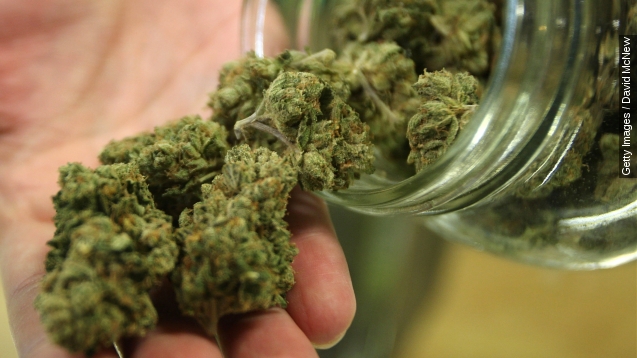 SMS
Smokers Addicted To Marijuana Have Nearly Doubled
By Ryan Biek
By Ryan Biek
October 22, 2015
A new study found the number of marijuana smokers more than doubled between 2001 and 2013 and that marijuana addictions have nearly doubled, too.
SHOW TRANSCRIPT

Marijuana use has doubled over the last decade or so, with almost 10 percent of adults reporting they used the drug within a year of being asked.

OK, that's not a big surprise –– considering 23 states have legalized the drug for medical use, and four now allow recreational use. (Video via CNBC)

But using data both from 2001-2002 and 2012-2013 with over 35,000 participants apiece, researchers from Columbia University found a type of addiction called marijuana use disorder nearly doubled as well. (Video via CNN)

Despite a popular belief that marijuana isn't addictive, marijuana use disorder was characterized in 30 percent of smokers. (Video via KDVR)

The National Institutes of Health reports the average person seeking treatment for the disorder has smoked almost every day for over 10 years and has tried to quit more than six times.

One of the researchers said in a press release, "At a time when Americans increasingly view marijuana use as harmless and favor its legalization, our findings suggest the need for caution and more public education about the potential for harms is warranted."

It's worth noting the percentage of smokers who develop the disorder has declined 5 percentage points in the decade between studies.